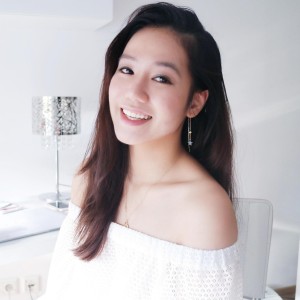 I Took A Break From Alcohol For 9 Months, This Is What Happened To My Body!

It is actually kind of ironic that I am talking about this topic right now because according to my Instagram stories there seems to be no break at all. If you have seen my stories or my profile highlights, you already now that I was going out like crazy when I was living in New York City and was celebrating the German Oktoberfest in Munich recently. On the other hand, through to all the parties and festivals, I also thought, that it is the right timing to talk about this topic now as well.

A year ago, I went to Ibiza, to be exact, to Ushuaïa Ibiza for seven days. Thinking back about it, it was such madness and kind of insane. Also, because I was sober the whole time when I was there. (For everyone who doesn’t know Ushuaïa; it is a party hotel, and you literally don’t have any quiet minute because there is always a party going on with the most famous DJs on earth.)

I have always been someone, who loves to go dancing and singing. Due to that, I don’t think that it is bad to go out very often. Especially when you still take all your responsibilities seriously and even can handle everything well in life.

One of the reasons why I stopped drinking alcohol and took a break for nine months was because my skin started to break out very often. My breakouts weren’t just normal and simple pimples, but rather substantial cystic bumps. While I was in Ibiza, I got such good skin that I thought alcohol was the reason why I had skin issues. Well, as I already told you the story in my 10-step Korean Skincare Routine article, my acne got even worse. Although I wasn’t drinking any alcohol. Due to that, I decided to take a break from it. (By the way, I even made a break from partying for six months as well.)

I never had the intention not to drink alcohol for such a long time like that, but I simply don’t need alcohol for having fun. Therefore, I could abstain from it easily. Moreover, I realised how many advantages I got out of it as well. So here is what happened to my body after taking a break from alcohol for 9 months.

Even though I am someone who has a lot of energy, and sometimes I would say even too much of it, I always felt so tired during some specific hours. Whether it was a night of only four hours of sleep or eight hours, I still had to seem like a lack of sleep.
When I stopped drinking alcohol, I definitely had a better night sleep. I didn’t wake up in the middle of the night anymore and thanks to no sleep deprivation and better night sleep, I also finally got my energy back.
Furthermore, without alcohol, you won’t get hungover. So you can party all night and will still be able to make out the most of your next day!

It is no secret that drinking alcohol has an impact on your liver and also immune-system. So adding those two aspects up with sleep deprivation, it is easier to get sick and catching a cold or flu.
If your liver is overstrained, you can get inflammatory, and this can lead to cystic acne, like what I had. (If you deal with acne, here are the secrets to treat your acne scars and hyperpigmentation)
By taking a break from alcohol, I gave my body the chance and time to bringing my immune-system and liver back to normal patterns, since liquor weakens both of them. Besides, I could also maintain a healthier lifestyle again.

Losing weight is actually something that I never wanted to because I would instead gain a few pounds more, to be honest. However, what also happens to your body when you stop drinking alcohol is that you are not feeling bloated anymore.
I really noticed how my belly got flatter and this was something I do really appreciate! Especially, when I was wearing tight tops.

With everything that happened to my body and the results I saw, I am still not drinking so much alcohol nowadays. I admit that I went out a lot lately, but I often only drink water. Sometimes there are a few drinks for cheering to my beloved family and friends, but I could maintain to keep the balance.
Even with going out a lot. Because like I already said, it is also possible to have fun without alcohol, when you have good music and are with the right people. Moreover, I do prefer it more to not feeling exhausted the following day.

Have you ever took a break from alcohol? Or do you not even drink alcohol in general?